So about six months ago I went out to see some friends play a show at Arlene’s Grocery. I like Arlene’s, I know a lot of the staff, the drinks aren’t too pricey, the sound is good, the rooms are comfortable.

But, like all venues, there’s a lot of banging into one another when you’re watching the bands. There’s usually at least one dumb little girl or guy at rock shows who believes they own the room and will do their best usurp your small bit of space in as obnoxious a fashion as possible. It’s the price we all pay to see a show. I enjoyed an extended and riotous career in my youth of bar brawls, dropping lit cigarettes into purses, throwing drinks, boyfriends dragging me away screaming, and one arrest for assault. So I am careful to move to another space if I feel agitated. I am too old and too wise to fight over a few inches of turf. It’s undignified and drinks are too expensive now to be tossed at the peasants.

On that particular night I kept getting shoved from the back. I did my best to avoid and alleviate. First I moved to the side. The offender moved too and continued banging into me. I moved up a few feet, same thing. Bang, shove, poke. I kept moving until I ran out of space to shift. I felt irritated and I looked behind me. The space invader was a very attractive Hispanic girl–pretty face, long, full black hair, slim body, classy-enough minidress, brand new thigh high boots, makeup on point, bitchy expression. She was wrapped in an average-looking musician-type guy, and it was clear that she was on her version of a rock and roll date. I could guess at glance that he was playing in one of the bands and she was very proud of being a band girlfriend.

Guuurl. Enjoy. I felt that way too my first thousand times. Make sure you steal a beer from backstage.

I said, “Hey, would you mind not banging into me?”

She looked me up and down with all the haughtiness of her imagined stature as the reigning Pamela Anderson in a room containing maybe fifty people max, and said:

To which I replied, “Yes, I do understand where we are. But I would be grateful if you could stop banging into me all the same.”

She said, again, as if I still didn’t get the concept. “It’s a rock show. This is what happens at rock shows.”

One of my best friends, Lorne Behrman of The Sweet Things, was standing next to me. He knows me well, knows that I have a hot button temper, hates conflict, and I could see the fear in his eyes. I could also see the panic on her date’s face, which read, “I have never been this lucky in my life and I may not get this lucky again. Please, for the love of all that is holy, don’t ruin this for me.”

I found it irksome that some dumdum felt she could school me on what I had been steadily living for longer than she’d been alive. But I felt for both guys and I did the right thing and took Lorne by the arm and moved to another part of the room. Later on we told Sam about my irritation and Lorne said,

“She was really hot.”

Lorne repeated, “She was REALLY hot.”

I rolled my eyes.

Sam said, “Can you please shut up, Lorne? You’re going to get ME in trouble if you keep saying that.”

Fast forward to this last Saturday–

My friend Cid Scantlebury was scheduled to sing a set of Aerosmith songs at F-Bomb at Arlene’s. It is not an easy vocal and she very much wanted her people to be there. The musicians of F-Bomb are always stellar and everyone had been rehearsing steadily for weeks.

I hate going out on Saturday nights. The bars are too packed with the worst people and it’s the end of my work week so I’m tired of humans and movement. Fridays are hard on my system with bartending and the usual drinks that follow. If I force myself to interact on Saturday I’m cranky. So I don’t look at facebook, I wear pajamas to take the dog out, I carbo load and play video games until my fingers hurt. Heaven. But I made a promise and I very much wanted to support her.

Happily, I had reserved a strong pill that some kind soul gave me for just such an occasion. I took it prior to walking out the door and once it hit I felt nothing but beatific toward the roiling masses I floated past on the East Village streets. Ah, the little people. They look like ants down there, don’t they?

Inside Arlene’s I greeted Trishka, a friend and their doorperson who has worked in the club industry as long as I have, and stepped into a room full of friends and familiar faces. I got a glass of whiskey, which is a rare choice for me (the pill insisted upon brown liquor), and I parked myself toward the back in a space I felt wouldn’t get too overrun.

I was with a friend, we all have that friend, who often gets aggro when she’s drinking. She’s sweet and funny and then boom, it’s down the toilet. But I always forget it will end that way until it ends that way, so it makes for good stories. She and I watched the show while people cut in and out between us, shoving to get closer to the stage. It was mildly annoying but nothing out of the ordinary, and I was too high to care much. My friend, however, was getting increasingly irritated. I should have pulled her closer to the wall, out of the fracas. But again: #toohightocare.

Finally one especially obnoxious and tall guy slammed us both out of the way to jump in front of her. She couldn’t see anything with him blocking her sightline and she was livid at the energy of the shove. She pushed him in the back. I thought, “Here we go!” He didn’t react so she shoved him again, hard.

He turned around and said, “What’s your fucking problem??”

She said, “YOU are! You fucking spilled my drink all over me, you’re rude, you’re in the way, and you need to move!”

I said, “Hey, we get that it’s a rock show, but that was pretty rude.”

I should add here that he looked to be about 45 years old, with glasses and nerd jeans. But he said, “You OLD CUNTS don’t know how to rock. You shouldn’t be here.”

My friend threw her drink in his face. Still feeling mellow, somewhat amused at the turn of events, and willing to roll with it, I opened the back of his collar, ever-so-delicately with one finger, and dumped my bourbon down his back with the other hand.

He went completely apoplectic: sputtering, enraged, eyes rolling around in his head. “You fucking BITCHES!! You CUNTS! Okay, now you are getting kicked out of here!”

I thought, yay! I can go home and put my jammies back on! I’ll snuggle with the pets and watch Mystery Science Theater before this buzz wears off.

We stayed in our spot waiting to get thrown out of the club. A lone security guard soon arrived with Captain Rock and Roll pointing and shouting behind him. My friend, still upset, began shouting too. I told her to be quiet as I felt my newfound status as the mellowest human being to ever fight in a bar granted me the position of official spokesperson for crazy women. She stopped mid-sentence, God bless her.

I said, “Yes. He shoved us, my friend shoved him, he called us old cunts, we threw our drinks at him. Everything he’s saying is true. But he’s a dick, as you can probably tell, and we know almost everyone who works in here.”

The security said, “Unfortunately he knows someone who works here too.”

Then I turned to the angry King of Rock. He had a much younger girlfriend behind him, which is probably the reason that he was confused about his own age. My first thought was, “Aw, we have so much in common! My boyfriend lets me delude myself too!”

But instead I said, “Look, I understand that you’re upset and I’m sorry we threw our drinks on you. But calling us old cunts was not cool either.”

He shouted, in what had now peaked into a high pitched whine: “I’M NOT TALKING TO YOU! YOU THREW DRINKS ON ME!”

I giggled. We did. Front and back. You’re probably sticky as fuck with that whiskey, you big baby.

The security told him to walk away and said, “Look, we all know this is dumb and it doesn’t seem necessary to kick you out. Can I ask you to stay away from him?”

My friend and I nodded and said, “Absolutely. You have our word.”

We turned around as Cid launched into a Stephen Tyler yowl. Our less-than-worthy adversary stood across the room at the bar, shouting and waving his hands at the bartender about his wet shirt and how he’d been wronged by two ancient derogatory words for vaginas.

I thought to myself with a smile,

Sometimes, if you wait by that river long enough, the bodies of your enemies really do float by… 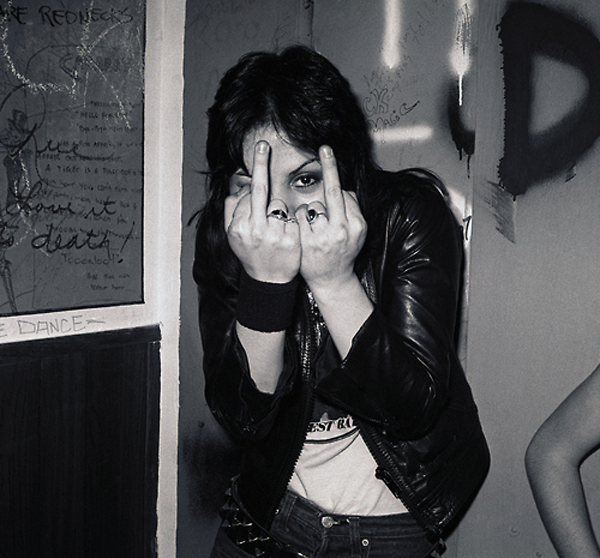