Thank you, Carla for this quote.

I am convinced that all bad behavior stems out of a need to alleviate anxiety: anxiety created from lack of self-worth, self-trust, imagined lack of love, past life pain, abuse, who knows what. It’s like every little slash of damage from all these sources creates fissures in the whole, and those fissures create anxiety and then we do whatever we can to not feel the bad feelings until that particular whatever doesn’t work anymore and we’re forced to work on ways to patch or heal the cracks. Or maybe find new whatevers if we’re not quite ready for anything deeper.

Some people are calmer than others. I am not one of them. It’s only in the last few years that I’ve realized that I am an deeply anxious person. Maybe we all are? Maybe we all drink and smoke and rob banks and post bitchy comments online because we want to escape the gnawing dread that lies directly under the surface? It appears that simple to me sometimes, even though nothing is ever that simple. It’s always infuriatingly complex. Some people garden or run marathons, God bless them. I like to burn everything down to the ground and then weep over it inconsolably.

My mother says I was always drawn to darkness, even at a very young age.

I remember looking up at my dad and asking if I would be grown up when I turned 10 years old. He said nope, gotta wait til later, kiddo. I came to NY at 21 and met an amazing woman named Liz who was 35 at the time, which seemed a lifetime away. She led a very alternative lifestyle which spoke of mysteries that both scared and fascinated me. She remained poised and sure of herself while I spazzed around her, bouncing off walls and committing bonehead gaffes with regularity. But I thought that when I too hit 35 I would finally be an adult, wiser and more sure of myself like her. 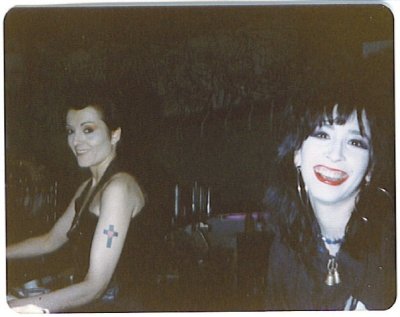 Then I got there and still felt like the same person I was at 21. I am still waiting for maturity to hit. No one tells you that you will always be who you are no matter what changes you see in the mirror. You might make better decisions based upon past experience, but you’re essentially the same idiot with the same idiosyncrasies and demented drives that you always were.

I know that some of you are wondering what the eff I’ve been up to since that last over-sharing post.

Drew and I are working it out. We were both drinking too much to cope and not connecting and came very close to splitting up. He collected a lot of phone numbers and dated an obnoxious little girl for a few minutes. I continued torturing him with my attachment to another person. It came to a head where it became clear it was time to split, at least temporarily, or cut it the fuck out. So we’re making changes. He has a lot of patience and we have a lot of love between us and have always been able to talk things out. We’ve both made concessions and are aware enough to see that the shake up was inevitable. I would share more details but he is a private person and I have to respect that. Plus I have come to realize that not everyone wishes for our highest good, and I don’t need to hand out ammo to those few who love to sling arrows.

It is time to face my demons, at least tentatively. My bratty, unruly, wanna go out and party like a 21 year old so I don’t have to deal with middle-age fear demons.

Recently I ran into a woman in the bank that I knew “back in the day”. She was cute and fun and interesting then. Now she has crazy eyes and immediately began rambling in a too loud voice about her various ailments and how she never goes out, never goes on facebook, never this, never that, arthritis, medication, no money, etc. She was the physical embodiment of all my terror.

I practically sprinted out of the bank. And this is not a rare occurrence, I get the same energy from people my age via facebook, via email. It is no wonder I have found myself rebelling in every way possible. I will not go gently into that good night.  I will continue to rebel, I just need to do it in a way that doesn’t damage myself and everyone in the vicinity.

My mother and I, separately and in different ways, recently began being guided to look at inner child work. One of the readings I mentioned in a prior blog had said that my childhood is what keeps knocking on the door, and that it is time to heal that pain and in doing so free myself from the survival behaviors that are no longer working for me. The main one being destroying relationships when they aren’t distracting me from my own fear and shame.

So lame. Why can’t my mechanism be over-arching ambition or an obsession with making my apartment look better?

Drew, as usual, figured it out way before me and said he knew that the wounded and rebellious kid buried inside me had been running the show for months, maybe even for last year. And because we have always been mirrors for each other, my damage drew out the deepest of his damage, also inner child stuff. All those points of darkness buried deep within the psyche that tell us we’re not good enough, we’ll never be good enough, we are unlovable. We both manifested in our own particular less-than-healthy ways.

On top of that, there is the male/female dynamic. Good men (and there are many more good men out there than a lot of women are willing to admit) will try to do whatever they can to make women happy. But most women don’t know they have that power and don’t really know what they want and don’t know that we have to ask for it out loud. So we (women) sit around expecting men to intuit what it is we need, and to provide it, while men scramble around confusedly trying to follow nebulous and contradictory clues. I found myself unhappy and deadened and I expected Drew to fix it. He’s always done whatever I asked, but this time I wasn’t asking because I didn’t know.

Blargh. It’s an ongoing process. I am by no means sorted. I am confused as fuck. But I’m looking within more often instead of without and I want to share a few resources that are helping me, in case any of what I am experiencing resonates for any of you.

And this guy. Who I initially found annoying, but this lecture blew me away once I got into it, he outlines why we sabotage our attempts to get spiritual: https://www.youtube.com/watch?v=4fUzXQS3M-s

Christiane Northrup is changing the way I am thinking about aging: http://www.drnorthrup.com/

And Mama Gena has some wonderful information about the inner workings of men and women: http://www.mamagenas.com/

Lastly, a side note. Recently my favorite cat Albert escaped the apartment and was missing for two days. It was a rough two days, but so many hundreds of people, strangers as well as friends, extended help that it upped my ambivalent opinion about the human race. So thank you to everyone who was there for me. Albert is safe and sound.

I hope this blog finds you happy and whole. 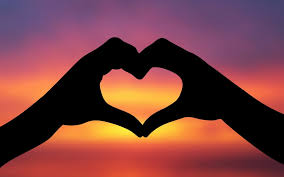